Join us the the 3rd Wednesday of every third month (January, April, July, and October) at 5 p.m. at the City Building in Conference Room 3C.

To find out more information about the board visit here!

As of 2021, the cemetery is home to around 7,000 burials, and is the resting places of some of Middletown's earliest settlers. The USGS “GNIS” identifies the cemetery as the “Middletown Cemetery.” Some residents call the cemetery "Pioneer Cemetery" as many of Middletown’s founding families are buried here. Not all graves have tombstones, as some have been buried and removed from the cemetery. Some gravesites have been relocated by families from the Middletown Cemetery to other cemeteries. Those removed to Woodside Cemetery and Arboretum may find more accurate records at the Woodside office.

The Middletown Public Works Engineering Division maintains the records of the cemetery. 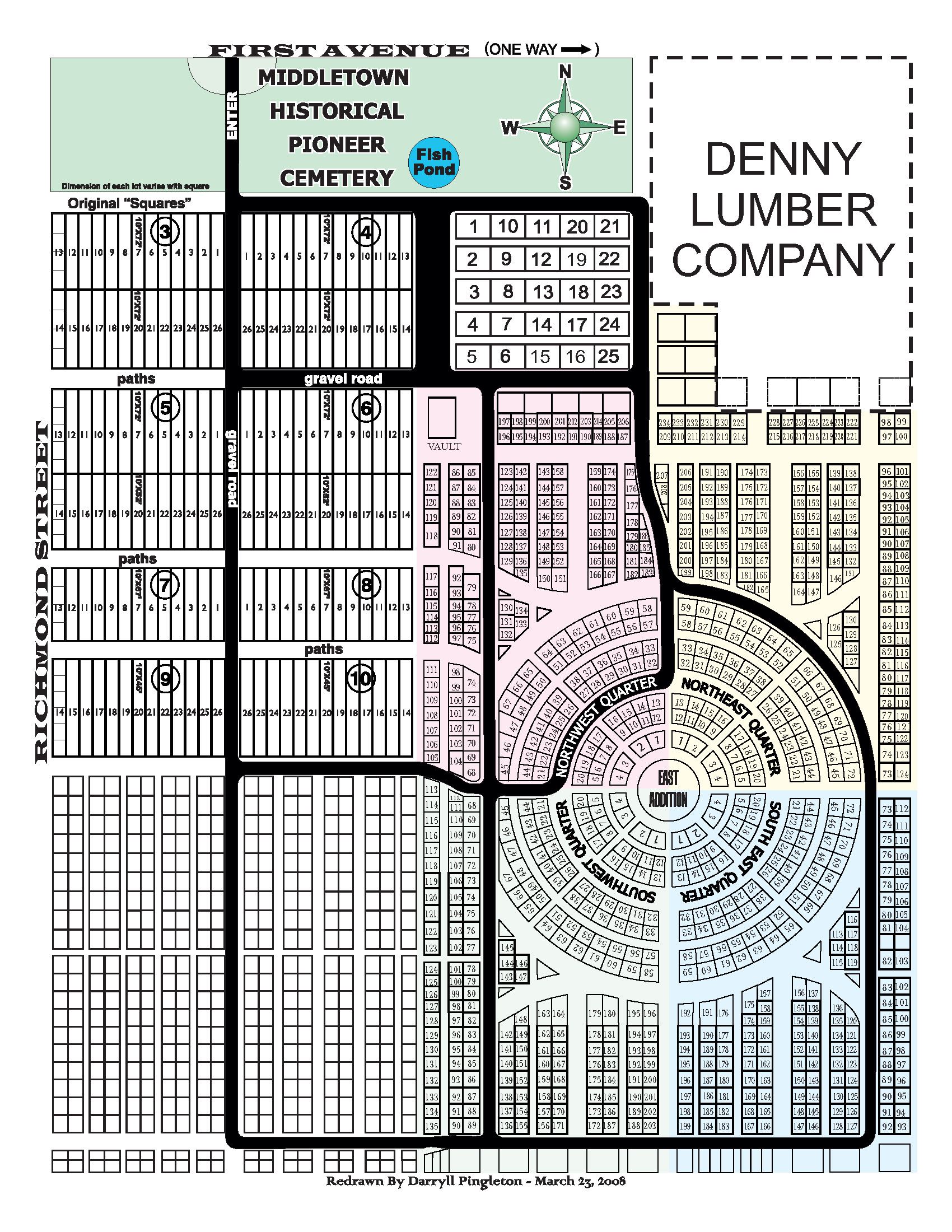