In an effort to enhance transparency in financial reporting, the City of Middletown is offering an interactive reporting tool that allows citizens to the Middletown budget data online in various graphical formats selected by the user.

The City of Middletown is providing actual historical budget data from 2011-current for public review. We hope to strengthen the connection between our local government and our community members. 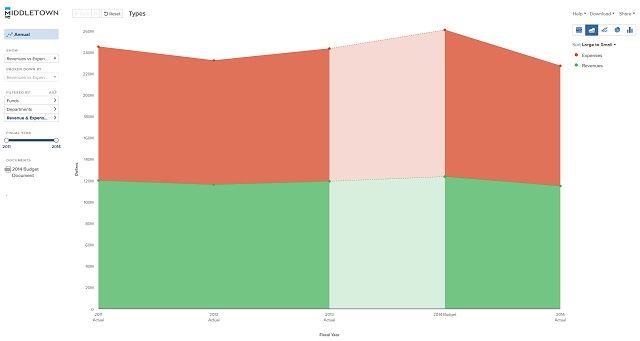